It's finally here: My life will be exposed April 27th on NHK Worldwide Network and on JIBtv.com. in a Documentary series. The following took place during the months of January and February of 2012.  Special thanks to my Family and really everyone involved in this project. It will be a fun thing to show the grandkids some day.  Have a look below at the times and Schedule as it will be airing in Japan on the 27th of April but, will really be on the 26th if you live in the United States. Enjoy!

The earthquake and tsunami on March 11, 2011, caused tremendous damage across a wide area of eastern Japan. The nuclear power plant meltdown made the situation even worse. People around the world were horrified by the aftermath but also inspired by the survivors’ quiet courage.
The “FORWARD” documentary series, demonstrates the determination to recover from the devastation. “DEEP TURNS” was produced by Cipher Communications, SET Japan and Outdoor Japan Media. For program schedule and live streaming, please visit the JIBTV and NHK WORLD Web sites.

Soon after Paul Vanderheiden moved to Misawa, he was drawn to the Hakkoda Mountains. He

formed close ties with residents, who shared his love for snowboarding on backcountry powder.

Vanderheiden started a tour to help others safely enjoy the backcountry. However, the events of

March 11th of last year changed the lives of everyone in the Tohoku region. Paul’s connection to the

mountains and his family’s bonds with the people led them to stay in Tohoku and move forward there. 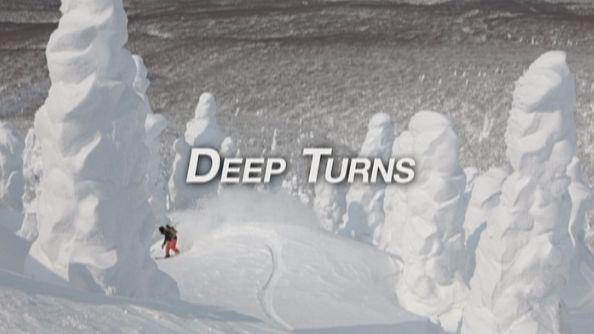