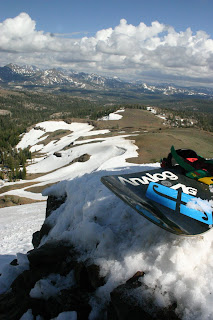 When a common man thinks of snowboarding, they might associate it with a seasonal trip to the mountains during the winter holidays or even spring break.  Not for the true passionate ones.  As long as there is snow on the mountains you can always go snowboarding.
A few weeks ago a small crew and my self headed out for a one night camping and 2 day riding adventure.  Jeff, Trevor, Mike, Ty and myself started our day out in Sacramento packing up the car in 90 degree weather, shaking our heads at each other, thinking, " Can't believe we are going snowboarding in June?" Mike and Ty drove up from Hollywood the night before and were hyped to get out of the city for bit.
We drove to our secret destination somewhere in Tahoe around 330 or so and this is the sight we pulled up to. 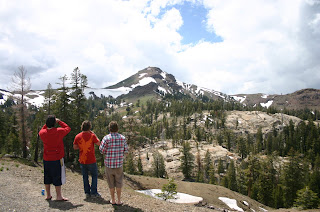 We stopped for minute, cracked a beer and talked about which lines were for the taken. 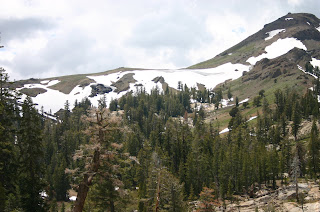 After a tasty PBR..we quickly grabbed our boards and starting hiking...got to the top and made a drop in.. 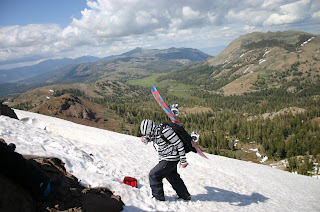 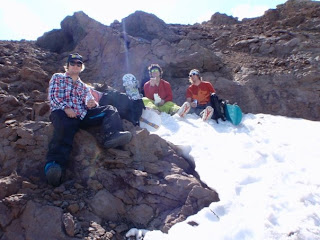 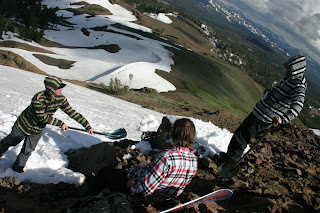 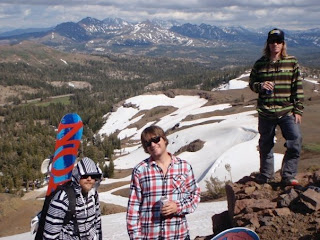 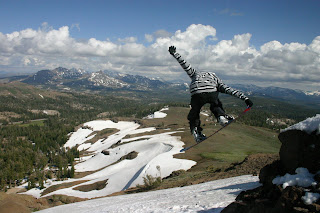 From here we descended over to the cornice and the rock cropping for some sketchy good times. 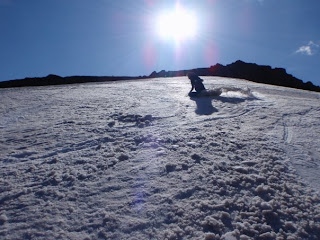 Mike S. getting some.. 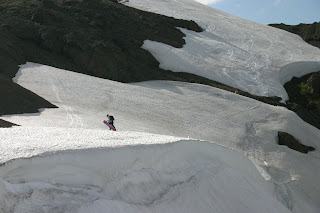 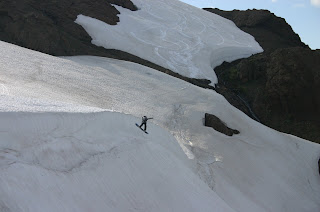 Rock drop with crevasse just before landing..a bit sketchy but so fun 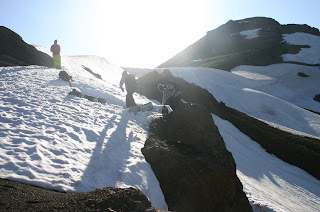 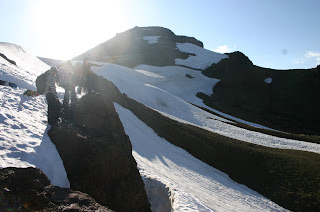 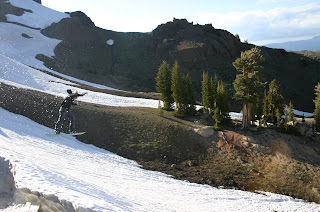 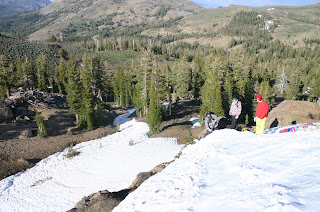 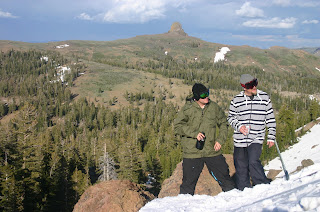 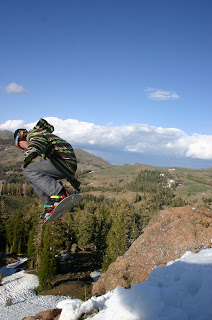 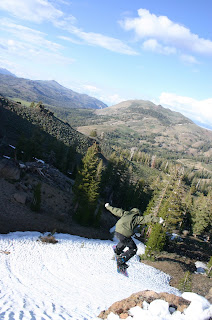 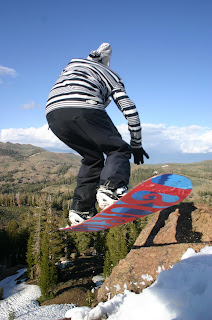 For a hot day in June when most people are peddling along trying to get a hold on life and the things that make you really happy..well in Tahoe you don't have to look to far. This was the first time i went snowboarding in June and it forsurely won't be the last.  After driving home from this trip I couldn't help but think the next time I'm on a snowboard it will be in Japan. So stoke for the future and what it holds.  Thanks to Jeff and Trevor for showing us this little gem in the mountains.
Posted by Paul at 3:32 AM No comments: